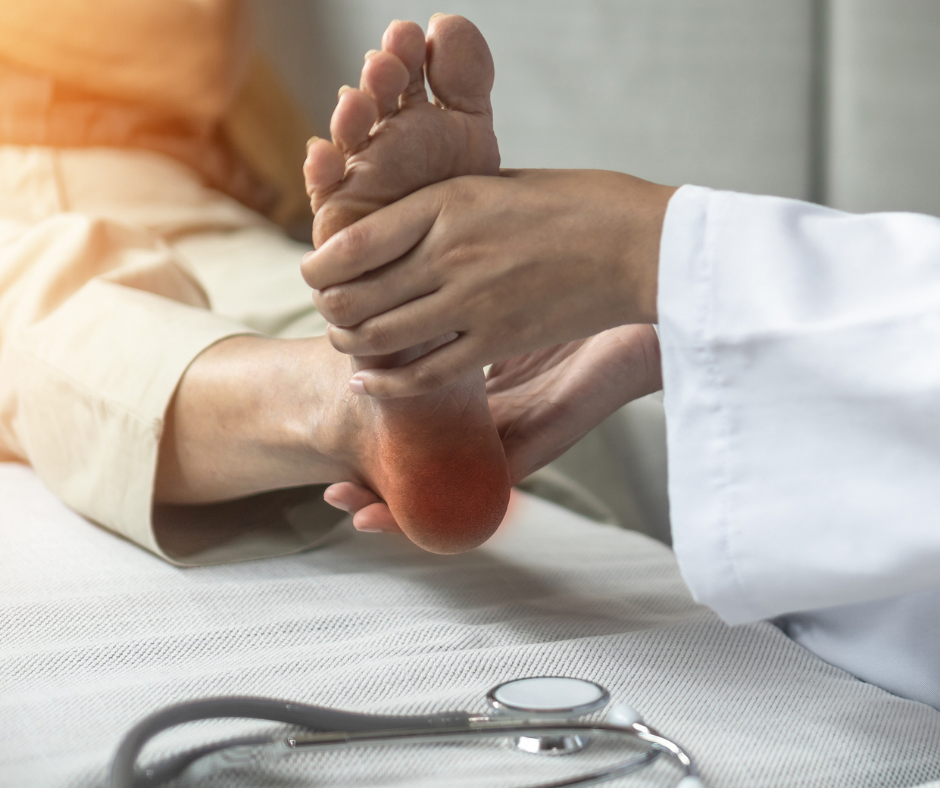 The most common: diabetes

Types of Neuropathy in Surprise AZ

Affects the sensory and motor nerves

Peripheral neuropathy often creates painful sensations described as tingling, burning, and prickling. With a condition such as this, a specific duration of the pain varies but generally improves in time. There is a better chance of improving the symptoms if proper treatment for an underlying condition is received. It is common to see the condition correlating with several life factors, such as poor nutrition, various diseases, trauma, or pressure on the nerves. In some cases, there is an unknown cause. This is referred to as idiopathic neuropathy.

According to the Neuropathy Association, more than 20 million Americans are suffering from a form of neuropathy. That means that more people suffer from this one condition than Alzheimer’s, Epilepsy, Rheumatoid Arthritis, HIV, Parkinson’s Disease, and Multiple Sclerosis combined. Of those 20 million Americans suffering from neuropathy, an estimated 15-18 million of those people have this condition due to a form of diabetes.

There are over 100 different types of neuropathy, but peripheral neuropathy can be further categorized into one of the following groups. The group is defined according to how many nerves are involved.

A single nerve involved would be classified as mononeuropathy. When this occurs, conditions like carpel tunnel syndrome and bell’s palsy may manifest.

Two or more individual nerves involved would be classified as multiple mononeuropathy.

Involvement of a board range of peripheral nerves would be classified as polyneuropathy. When is occurs, conditions like diabetes may be associated.

There are several other ways to categorize these conditions, including:

Peripheral neuropathy, affecting the extremities like the arms, wrists, hands, legs, ankles and feet, is the most common.

There is not a single underlying cause for neuropathy. In fact, there may be no known cause that is referred to as idiopathic and makes up nearly 40% of all neuropathy . Also, nearly 35% of the remaining Americans suffering from neuropathy have diabetes. In fact, almost 70% of Americans with diabetes have developed a form of neuropathy due to the disease. The remaining percent of neuropathy is composed of a group called acquired neuropathy . This group consists of causes such as:

Other diseases, including but not limited to:

Who can Develop Neuropathy?

Neuropathy affects all people of all ages in Surprise. It is more commonly found in men and Caucasians as well as those who have jobs consisting of a lot of repetitive movements. Other risk factors can range from lifestyle choices, behaviors, and conditions. As previously stated, those who have poor nutrition are likely to develop Type II Diabetes which will cause neuropathy. If a person suffers from an autoimmune disease, they have a predisposition for the development of various types of neuropathy. If a person has a compromised immune system (organ transplant recipient, HIV/AIDS patients, or due to medication), they are at an increased risk for developing a type of neuropathy. If a person suffers from alcoholism or has a vitamin deficiency, they are likely to develop a form of neuropathy. Also, if a person has kidney disease, liver disease, or a thyroid disorder they are more susceptible to developing neuropathy.

This condition is generally not a simple diagnosis to make. It is difficult because it is not often that it is a disease present alone rather a symptom of an underlying disease. There is a process that occurs before the diagnosis is made. The process may consist of:

In some cases, a nerve biopsy may be requested by a physician.

As always remember that if you have questions you can call the team at Array Medical Center in Suprise for help.

Please fill out the form below, including all required fields, and we will contact you as soon as possible.

Additional Services You May Need